You may or may not remember Mara Wilson, but just in case you don’t we’ll refresh your memory. She was a child actress from the 90s who was best known for her appearances on hit films such as Mrs. Doubtfire and Matilda. She was just about as cute as a button, and had a certain wholesome appeal that young girls across America very much identified with. However, towards the late 90s she started disappearing from the spotlight.

The fact of the matter is, her life has been far from simple. People who aren’t celebrities sometimes view Hollywood stars to be somewhat meta-human, when it reality they are regular people just like the rest of us, and they certainly have their share of vulnerabilities and weaknesses. These vulnerabilities are even more pronounced when it comes to the case of child stars – because not only are they under the spotlight, but they’re still extremely young and impressionable.

After taking a break from stardom, Mara Wilson has returned after all these years – and she has a lot to say about the hardships that child stars go through. What she revealed may explain why so many of them went off the deep end.

Although she was a key character in the hit comedy Mrs. Doubtfire, starring alongside the late genius Robin Williams, Mara Wilson’s most prominent role was in her eponymous film Matilda.

Any kid who grew up in the 90s knew what she looked like, and you can imagine how surreal all of that must have been for her. The truth is that the stardom aspect of it was less appealing to her. It was always more of a “hobby” for her.

Talking about her days as a child star, Mara said that acting was just something she “liked to do.” She said that “it didn’t feel like a job,” and that it was akin to playing with friends, or losing herself in a book. In other words, it was all about having fun for her. 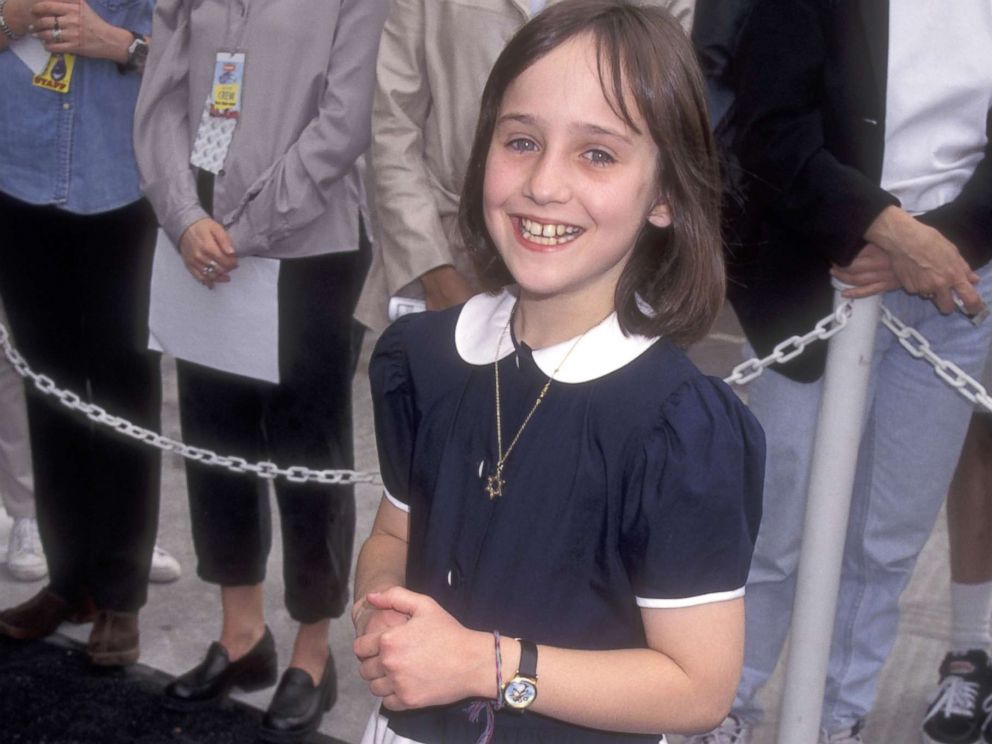 Therefore, when she started getting disenchanted by the bright lights of Hollywood, she started thinking about giving up that life. “I found it kind of overwhelming,” she said years later. She also said that she “just wanted to be a normal kid.” There were a number of catalysts that turned her away from the spotlight, but one in particular was really hard to ignore.

Not long after she filmed Matilda, Mara’s mother passed away. It’s one thing to be a child star when you have a strong support system at home, and a whole different ball game when you have to fend for yourself. The flashing cameras can be intense, but when you have the nurturing protection of a mother figure keeping you grounded, it can mean the world to you. 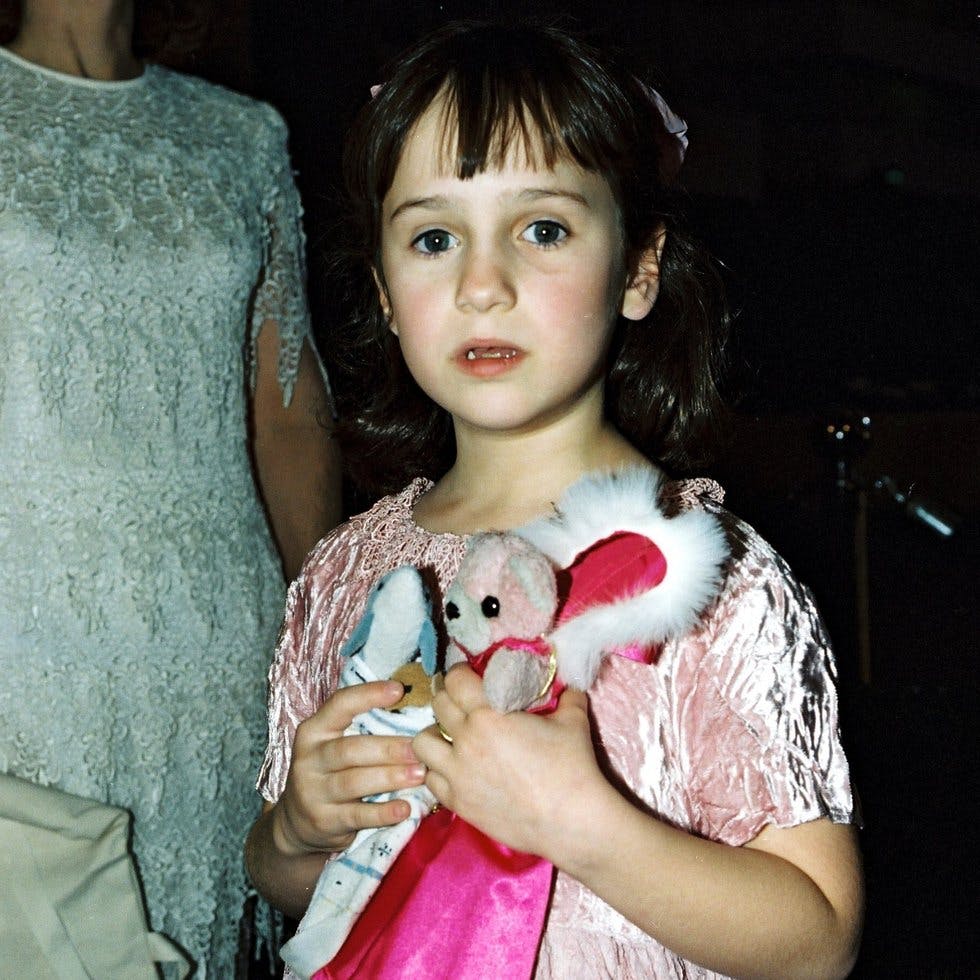 For a girl who still hadn’t yet become a teenager, Mara Wilson probably had a hard time adjusting to an acting career without her mother by her side. Losing a mother is hard for anyone, let alone a child being adored by millions of screaming fans.

There was also the fact that she no longer had a solid niche in Hollywood. “I was 13 and awkward,” said Wilson. She starred in a couple other films, but she began to lose roles to other female child stars such as Lindsay Lohan. The last film she starred in as a child before leaving Hollywood was Thomas and the Magic Railroad, which came out in 2000.

Once she left, she was then forced to open up a new leaf in her life. But the moment she started focusing on the future, something amazing happened. The future smiled back, and Wilson began to see all kinds of new possibilities for alternate careers.

As we mentioned earlier, being a child actor can sometimes lead to unfortunate results in later years (and Mara would soon talk about her thoughts on that very matter). But Mara was unique in that she embraced this new life of hers in a positive way. Unlike other child stars, she didn’t care that she went from being the hot topic in the tabloids to a thing of the past.

She went out and got a real education, eventually enrolling into the well respected New York University. It was there that she began to pursue her new love – writing. In fact… it was this new passion that helped her begin to write about the problematic world of child acting.

Developing as a writer

After graduating from NYU, Wilson pursued a career as a writer. One of the things she did was blog, which people were impressed by. She also wrote her very own play called Sheeple, which premiered in 2013 at the New York International Fringe Festival.

She also got a job as a writer with Cracked, and it was there that she first came out with her very interesting opinions about childhood fame. Indeed, people were pretty intrigued by what she had to say.

The first thing she wrote about regarding childhood fame was the parental factor of it all. She wrote that many childhood actors are actually forced into it by their parents – and that this can lead to children going off the rails. 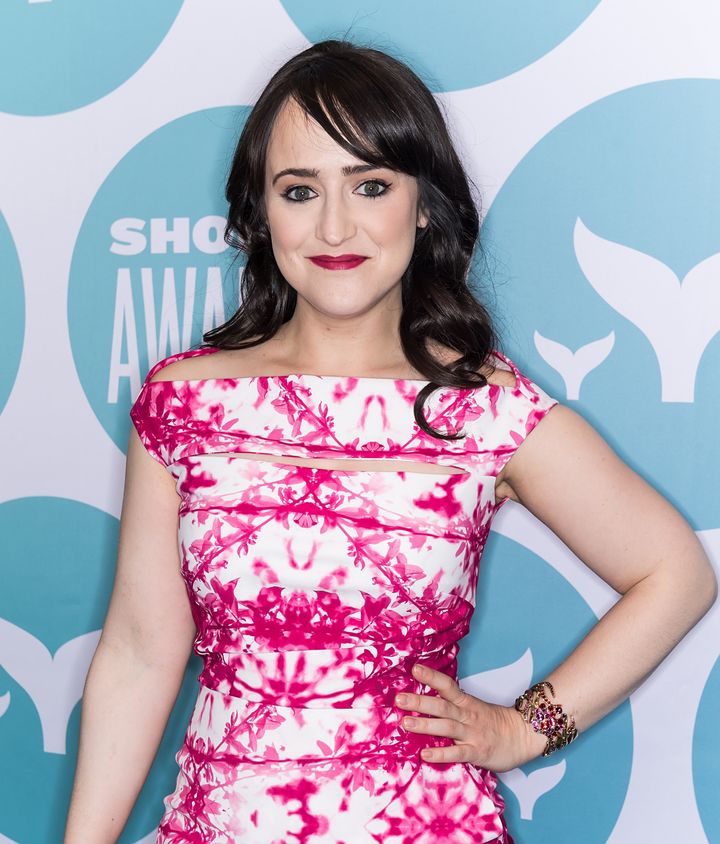 On the other hand, she acknowledged that not all parents are like this. In fact, it’s the well-meaning ones who have the hardest times with their actor children, trying to protect them from the vultures of the film industry.

Mara then began to speak about her experience as a child actress, and where it all went wrong.

One example she gave about an uncomfortable moment she had was when an interviewer asked her what her opinions were about Hugh Grant getting arrested for solicitation, if you catch our drift. She was only seven at the time, and way too young to be getting asked those questions. Her father complained at the time, but the media ignored him.

As we know, she did eventually leave that world, but clearly she wishes she would have done it sooner. “When I was most famous, I was the most unhappy,” said Mara. This chilling quote may actually be the most telling out of all of them.

One of the things that Mara learned as a star was that even success can be fleeting, and especially that thrill you get from it all.

She said that being given so much wealth and attention from such a young age can have a monstrous effect on people. Mara stated that even after a person is given the “best of everything,” they eventually “become used to it.” According to her, it’s all fleeting, and the excitement always wears off.

At this point, it’s clear to us all that Mara was affected by the overwhelming feeling of fame, but at the same time we see that she’s managed to deal with it pretty well.

In comparison, Mara spoke of Lindsay Lohan, who continued to act even after she was a child star. “She’s likely to keep doing it,” she said, “Even if she’s making herself miserable.” It seems that Mara feels fortunate to have got out when she could.

There were other unfortunate case that she also brought up in her writing, including the likes of Jake Lloyd, who played the role of childhood Anakin Skywalker in Star Wars: The Phantom Menace.

She said that it sucks that “he’s still seen as a punchline.” She was, of course, referring to the fact that Lloyd doesn’t work in Hollywood anymore – and the picture that was released of him looking like a thug, that people still can’t get enough of.

There was also another pretty big topic she wanted to discuss, one that had everything to do with the recent “Me Too” movement. She spoke about getting unwanted “attention” from people in the industry, and fans as well.

She spoke of a harrowing experience while she was a child star, while opening up fan mail and reading some extremely inappropriate things. And as we know, she wasn’t the only one to feel victimized in the industry.

Indeed, there have been a number of child actors who later admitted that they were harassed inappropriately. Natalie Portman publicly said in 2018 that she also received very disturbing messages from people when she was only 13 years old.

Corey Feldman, a child star from the 80s, also said that he and co-star Corey were abused by people in the industry as well. And yet, Mara still feels somewhat optimistic about the future of Hollywood.

She has acknowledged its danger, but she still encourages child actors to give it a go if it’s really their choice. Similar to what she did, she recommends getting out “when it stops being fun,” and getting an education.

Given the fact that Mara has returned to the world of acting, it seems that she has finally gotten the bad taste out of her mouth. It seems that all that time away helped her discover who she was, and now we can’t wait to see more of her!

When you are struggling to sleep, you will try anything right? From potions and tonics to new ...

Let’s be honest; exams can be seriously nerve-wracking. We sweat, we shake, and we feel downright ...

When it comes to being successful, many people will tell you that in order to fulfill your dreams, ...